This project consists of four existing Star Wars bounty hunters that I picked to decorate and customize. I tried to choose characters from as many episodes as I could, ending up with: Boba Fett, a Skiff Pirate, Vetress and Zam Wesell, which I believe covers the second episode, the fifth and sixth episodes, and the Clone Wars, and as far as I know, the third, first and fourth episodes don’t have hunters in them. 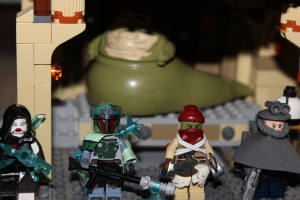 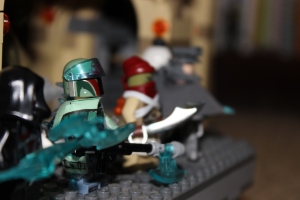 A comic is currently in progress staring these custom characters.

One thought on “Four Bounty Hunters”

please comment here and tell me what you think Cancel reply